In 2010, Burning Seed, the first official regional Burning Man event to be held in Australia, needed a legal entity that would cover the national footprint, to allow the conduct of a safe and compliant event to interact with the default world.

was formed by the Red Earth City Pty Ltd

The formation of the Red Earth City (REC) organisation was achieved, in its first year, with the introduction of the company's Committee Guidelines, which is an internal document, approved by a resolution of the Directors.

This allowed conduct of the company's business and affairs to be delegated to a larger Town Council.

It also called for the broader community to have a say in its function, permitting Town Council to develop the Red Earth City organisation and operations with the community's input.

In June 2011, the following year, the company's constitution was also changed at a Special General Meeting of the company's 3 Shareholder Members.

This was done to introduce purposes of the company and include non-profit & winding up provisions.

These early initiatives made the company and its organisation to be run in a non-profit way.

It also allowed the organisation, with the community's input, to look at adapting over time with how it is structured and carries out it affairs.

The constitutional amendments determined an ongoing commitment to transparency, consensus decision making and ensured the requirements for the conduct of safe gatherings, events and activities are met.

These amendments formed part of an expression of the wider aspirations of Burning Man Australia & The Burning Man Project, as a way of life lived consistently with the Ten Principles.

These purposes were revised further in November 2015, which allowed the original Red Earth City Town Council to be disbanded and replaced with 2 (two) independent standing committees of the Red Earth City Pty Ltd Board for the conduct of:

a) Burning Seed and

which are formed to manage the business and affairs of the company in their respective areas of responsibility, with equal powers.

The early version has been superseded by the 'Committee Guidelines - Version 2' on the 17th Nov 2015.

This body is now discontinued and has been replaced by 2 standing committees of the Red Earth City Pty Ltd Board, being the Burning Seed Town Council & the Burning Man Australia Community Board.

The emeritus people listed here, who are not currently holding official roles on Red Earth City's Burning Seed Town Council, or the discontinued Town Council, have contributed in ways that have formed an essential part of our culture.

Their contributions as Red Earth City Town Council and Burning Seed Town Council members and organisational pioneers have been vital to our efforts.

Many are still active members of the community and possibly within the organisation, where their leadership is and will always be deeply appreciated. 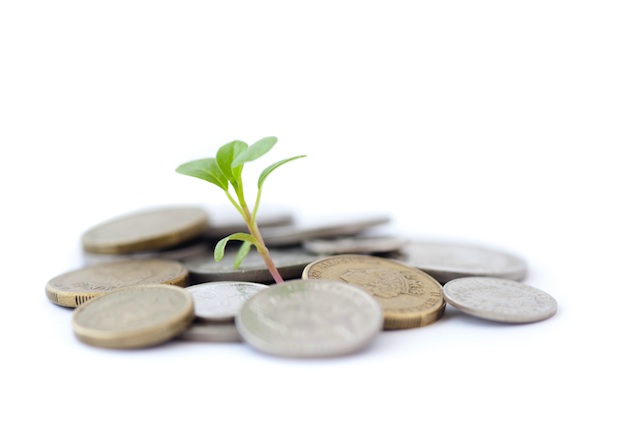 How it all started

On the June long weekend in 2009 a small group of 30 people met at Bellingen NSW to plant the seed for a future Australian regional Burning Man event. Out of discussion it was decided that the best way to move forward would be to create a company that is bound by the obligation to provide an event for the Australian community within the principles of inclusiveness and transparency and functioning in a not-for-profit manner.

While there were initial considerations to create some form of membership based non-profit organisation for conducting the event, the requirements for setting up such a body appeared counter to addressing the needs of this proposed National based activity, that crossed borders without emanating out of one particular City or State, which allowed for the widest means for input via technology, without being constrained by many of the requirements & issues that membership based non-profit organisations may encounter over time.

Having a limited time frame and resources on the ground, it was necessary to innovate by looking at different approaches to organise the activity to achieve its aim.  This saw the establishment of a Trust Agreement by the Vision Group which had formed out of the initial Bellingen gathering, which was given the task by the wider group to tackle these issues and move forward with getting the first event going. 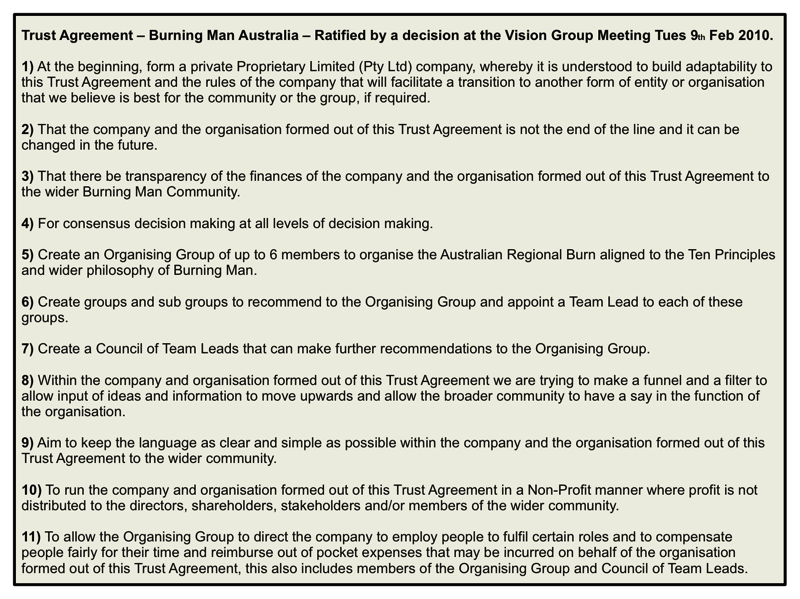 In early February 2010, Robin Macpherson (A Human), Phil Smart (Sherpa), and Richard Martin (King Richard) established Red Earth City Pty Ltd as the legal entity responsible for operating Burning Seed, Australia's regional Burning Man event. Before registering the company an agreement between the three founding members of the company was entered into, which required decisions to made by consensus and for the organisation to be run in a non-profit manner, where profits are not distributed to the Directors, Shareholders or Stakeholders and that there be financial transparency of finances to the wider Burning Man community.

To the current day

The company has been run in this manner as described and in June 2011 changed its constitution to reflect this operating environment as a non-profit company. The change realised the company's standing as a non-profit entity, through the inclusion of clear purposes and non-profit provisions, for both its operation and upon winding up.

However, before introducing the non-profit provisions into the constitution, the directors brought in a set of 'Committee Guidelines' for the company in August 2010, which were revised further in November 2010. This was done in accordance to the initial agreement which was entered into by the founding members before the company was formed.

These guidelines created the non-profit organisation Red Earth City and the organisation's Town Council body which has been given the responsibility of managing the business and affairs of the company, as well as initially being the main planning body for Australia's regional Burning Man event. The Town Council may consist of between 3 and 6 people including the Directors.

The Team Leaders who are responsible for co-ordinating and enabling the various areas (departments) for the conduct of the Event are appointed by the Town Council.

In recent times, as the event and organisation has grown, the Town Council has given more responsibility to the Team Leaders group for the conduct of the event, enabling as much participation within the department areas, encouraging their development and autonomy.

The Town Council also acknowledges the value of wider decision making in the organisation, particularly on important decisions which affect many people. As an example of this was in May 2011 when a decision was made to change the dates of the event to November, for that particular year, it was the Council of Team Leads, which was a combined meeting of the Town Council and the Team Leaders, who decided consensually about the decision of the date for the event.

With this stage of the company's transition completed, the next step could see the conduct of internal reviews for updating 'Committee Guidelines' to reflect the evolving organisation and/or considering whether its worth transitioning into a another type of non-profit entity.

The company purposes were revised further in November 2015, which has allowed the original Red Earth City organisation Town Council to be disbanded and operate with 2 (two) independent standing committees of the Red Earth City Pty Ltd Board for the conduct of:

a) Burning Seed and

which are formed to manage the business and affairs of the company in their respective areas of responsibility, with equal powers.

This has also allowed the new 'Committee Guidelines Version 2' to be introduced on the 17th Nov 2015.

Any broader changes to another type entity will require the wider community's input, which will need to be done in an open, considered and consultative way.

There are also other groups meeting regularly in the regions around the Country, which you can find out about in the newsletters or on the Burning Man Australia forums. Every effort is made to reach out to and involve the broader Australian burner community. We are a new community and are still learning the most effective ways to do this. 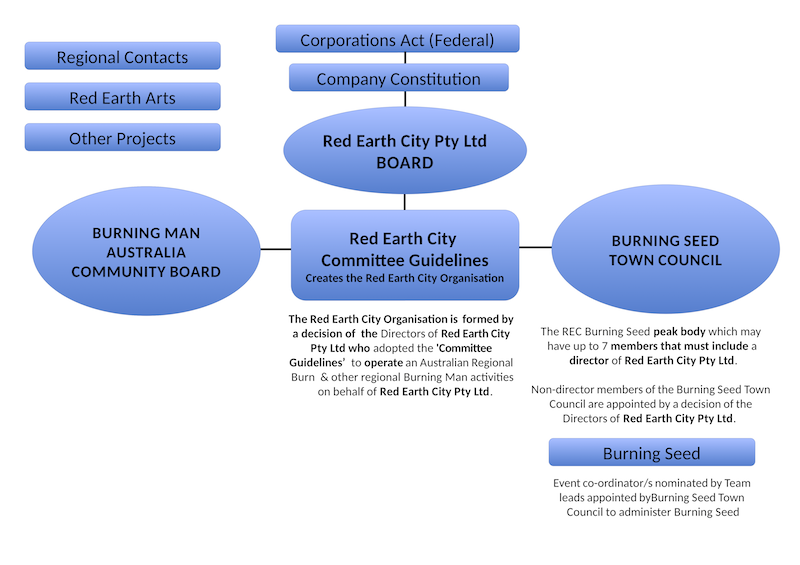 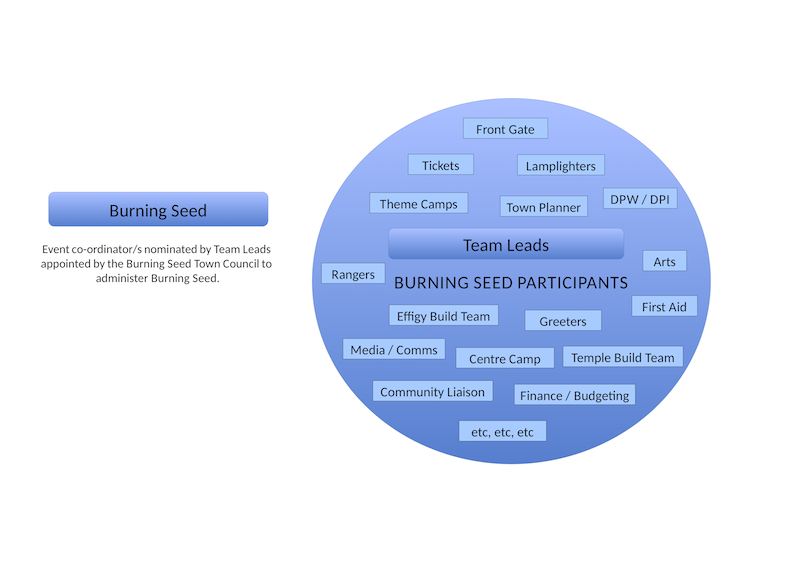