What does Ancient Future mean to you? It could be ancient wisdoms and knowledge that have been passed down through aeons, bloom and regrowth, the turning of the wheel with an understanding that the past becomes the future, or maybe it conjures up ideas of time travel and magic. The beauty of Burning Seed is being able to interpret the theme however you want! 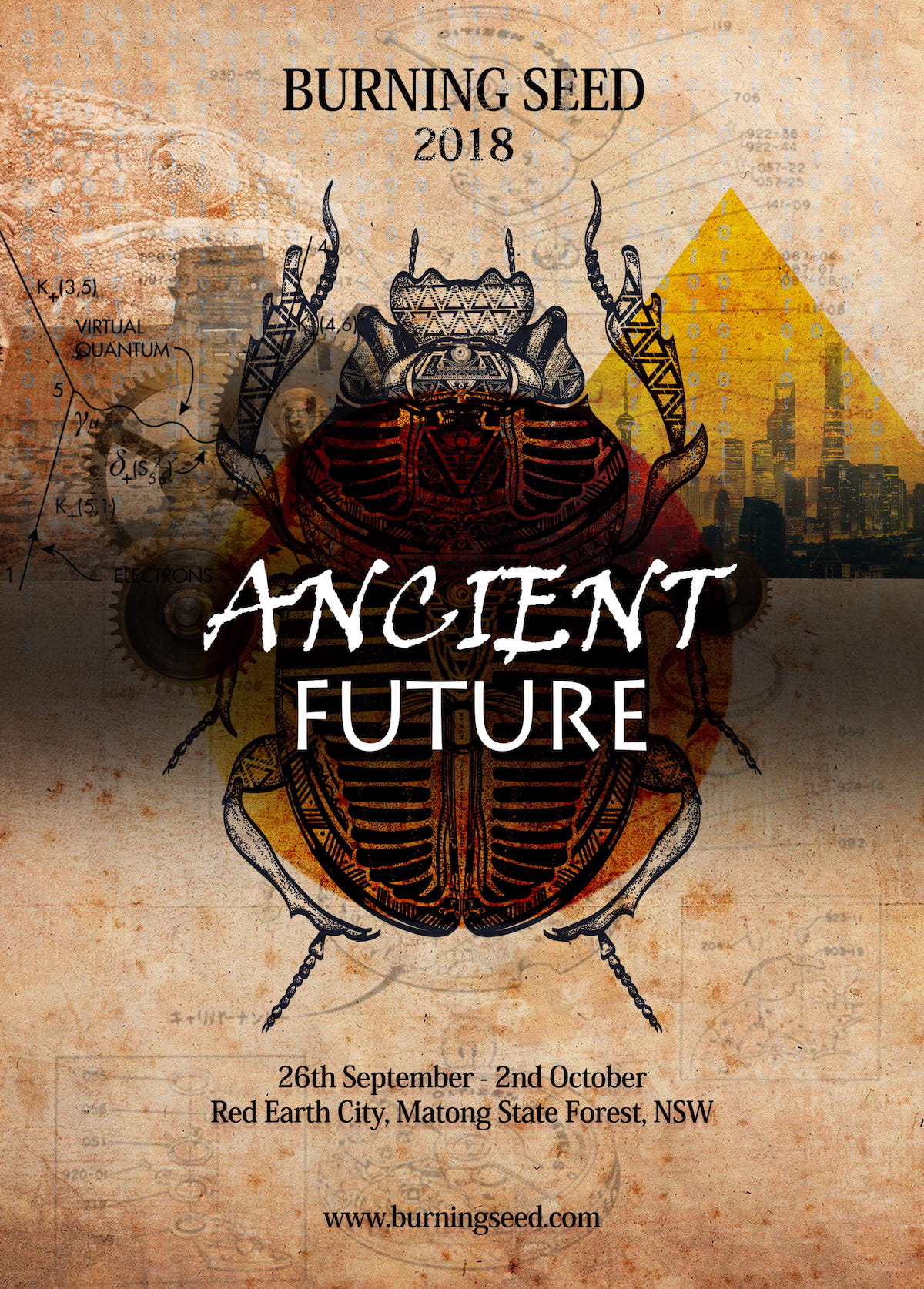 After receiving a number of amazing submissions and having a very difficult decision to make, we are happy to announce that the winning theme design for Burning Seed 2018: Ancient Future goes to Sarah Barber. Sarah's design work was used for both Deep Space 2016 and Deeper Space 2017 making Ancient Future 2018 a nice little hat trick!

The winner each year is chosen by Burning Seed Team Leads and Facilitators. To make it fair, they don't know who made the submissions and are simply given the posters to vote on.

Here are Sarah's words about her inspiration for this years design:

"The concept behind this shows various elements montaged together relating to ancient future. The focal point is a Scarab beetle which represents transformation, renewal & creation in Egyptian mythology. The Circle encompassing it is is of Mars which was the most commonly worshipped god among roman ancestors and also a possible future colony for humanity. I've tried to capture the idea further by juxtaposing ancient ruins alongside clean modern shapes (yet ironically also a pyramid) filled with modern cities with an overarching steampunk feel. In the background is a dissected watch which could be looked at as a way to time travel or perhaps we have broken time which is how we ended up in this little sanctuary we call 'Home'. In the ancient future only the weird will survive. To boldly go where we have gone before. Where lizard gods may roam the earth and time stands still - for on the paddock we are neither in the past nor future but the present Ancient Future."